Western Uganda receives far fewer tourists than Kruger, but it surpasses all other safari destinations for sheer biodiversity. Here, where the East African savannah meets the West African rain forest – or less prosaically, where Hemingway’s safari country meets Tarzan’s jungle – a quartet of superb national parks promises visitors close-up encounters with some of Africa’s most iconic wildlife. Imagine hiking to within meters of mighty mountain gorillas and chimpanzees, navigating tropical waterways dense with hippos and elephants, and exploring the open plains where lions eye herds of grazing antelopes.

In the south of the region is the dense mountain rain forest of Bwindi Impenetrable National Park, which protects about half the world’s remaining mountain gorillas. Staring into the deep brown eyes of one of these gentle giants is a uniquely fulfilling experience. Consider heading farther north to the lowland forest of Kibale Forest National Park, one of Africa’s top chimp-tracking destinations. Its dense canopy is also home to the continent’s highest concentration of monkeys, including the acrobatic red colobus and black-and-white coleus.

P The size of a small European country, Kruger is South Africa’s largest national park, and one of the most famous wildlife sanctuaries in the world. The mammal checklist of 150 species exceeds that of any other African park, and its scrubby plains are home to more than 13,000 elephants and 25,000 buffalos, alongside high concentrations of lions, leopards, rhinos, and other safari favorites.

Organized safaris to this immense park almost invariably focus on the southern quarter, which is the closest sector to Johannesburg and intensely developed for tourism. As a result, the roads carry too much traffic and big-cat sightings attract dozens of vehicles jostling for the best place, transforming what should be a wilderness into something more like a parking lot.

The crowds can be avoided in Kruger if you rent your own car and use dirt side roads in favor of the main paved roads. You can also focus your attention on the under-explored central and northern regions, and stay in low-key camps such as Letaba, Shingwedzi, and Punda Maria.

Entebbe International Airport, 19 miles (30 km) south of the capital Kampala, is the main port of entry to Uganda. From here, most visitors explore the western parks by road over one or two weeks – private safaris can be arranged through operators in Kampala. Bwindi, Kibale Forest, and Queen Elizabeth can also all be reached via public transportation.

The camps and lodges in the national parks all serve food. The best à la carte restaurant in any of the parks, with a cuisine reflecting its Indian ownership, is at Mweya Lodge (www. mweyalodge.com) in Queen Elizabeth National Park.

To the far north lies Murchison Falls National Park, which is Uganda’s largest national park. Daily boat trips follow the Nile, its banks lined with grunting hippos and gaping crocodiles, to the base of Murchison Falls, where the world’s longest river erupts through a cleft in the Rift Valley escarpment in a deafening white plume. Lions, giraffes, elephants, buffalos, and various types of antelope inhabit the palm-studded grassland north of the delta where the Nile flows into Lake Albert, which is also a famous haunt of the distinctive-looking shoebill, one of the most eagerly sought birds in Africa. 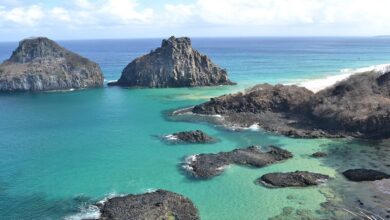 The Patagonian Fjords vs the Norwegian Fjords 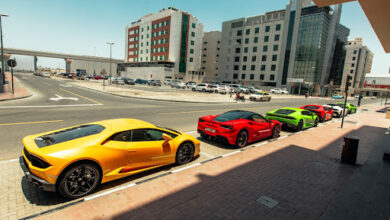 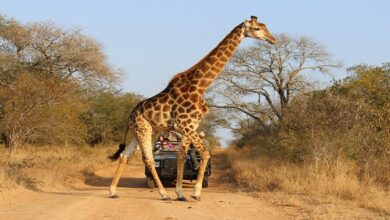