Most thermistors in common use are of the negative temperature coefficient (NTC) type. The actual response of the thermistors can vary but typical values for those used in motor vehicles will vary from several kilohms at 0 ° C to a few hundred ohms at 100 ° C.

If two different metals are joined together at two junctions, the thermoelectric effect known as the Seebeck effect takes place. If one junction is at a higher temperature than the other junction, then this will be registered on the meter. This is the basis for the sensor known as the thermocouple.

Inductive-type sensors are used mostly for measuring the speed and position of a rotating component. They work on the very basic principle of electrical induction.

The output voltage of most inductive-type sensors approximates a sine wave. The amplitude of this signal depends on the rate of change of flux. This is determined mostly by the original design: by the number of turns, magnet strength, and the gap between the sensor and the rotating component.

The second strain gauge is fitted on the device under test but in a non-strain position to compensate for temperature changes. Quite simply, when a strain gauge is stretched its resistance will increase, and when it is compressed its resistance decreases. Most strain gauges consist of a thin layer of film that is fixed to a flexible backing sheet, usually paper. This, in turn, is bonded to the part where strain is to be measured.

The value of a capacitor is determined by the surface area of its plates, the distance between the plates, and the nature of the dielectric. Sensors can be constructed to take advantage of these properties.

A piezoelectric accelerometer is a seismic mass accelerometer using a piezoelectric crystal to convert the force on the mass due to acceleration into an electrical output signal. The crystal not only acts as the transducer but as the suspension spring for the mass.

The crystal is sandwiched between the body of the sensor and the seismic mass and is kept under compression by the bolt. Acceleration forces acting on the seismic mass cause variations in the amount of crystal compression and hence generate the piezoelectric voltage. The oscillations of the mass are not damped except by the stiffness of the crystal.

This sensor is used for measuring displacement in a straight line (hence linear). Devices are available to measure distances of less than 0.5 mm and over 0.5 m, on either side of a central position. 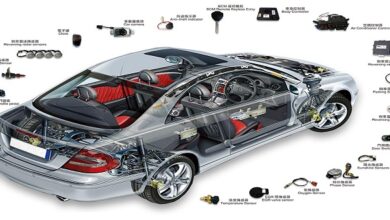 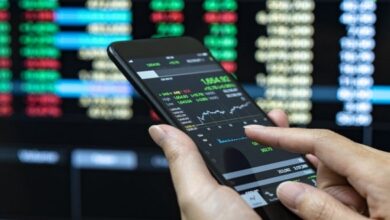 Securities Trading on the Internet | E-finance and securities trading