Soft lifting has been going on ever since there was anything to soft lift. The very first consumer application produced by Microsoft was a Basic language interpreter for the Altair microcomputer that appeared in 1975. A paper tape containing a demo version of the interpreter was stolen and soon the demo was circulating widely among the Altair user community. Subsequent software products have fared no better. Industry efforts at education and persuasion have met with only limited success. Therefore the industry soon turned to legal and technical measures to protect its interests.

The laws protecting intellectual property rights generally have as their primary goal the fostering of a healthy creative industry for the benefit of society as a whole. For instance, Article I, Section 8 of the United States Constitution states, “The Congress shall have Power to . . . promote the Progress of Science and useful Arts, by securing for limited Times to Authors and Inventors the exclusive Right to their respective Writings and Discoveries.”

Because a program must be copied from a distribution medium to a computer’s hard drive in order to be installed, and copied again from the hard drive to the working memory (RAM) in order to run, copyright in principle gives the software maker complete control over the use of its product. On this view, the customer does not purchase the software, but only pays for a license to use it, under whatever terms the maker chooses to dictate.

One legal question that should be addressed is whether individual copying of software for personal use might fit within the parameters of the fair use doctrine, which permits the duplication of copyrighted material under some conditions. A determination of fair use must consider four factors:

(1) the purpose or character of the use (whether commercial or productive);

(2) the nature of the use (whether one is primarily availing oneself of the uncopyrightable factual content of the work or of its expression);

(3) the substantiality of the use (whether the work is copied in its entirety or only in part); and

4) the effect of the action on the market for the work.

One area in which the software industry has had some success in improving compliance with licensing and copyright laws has been in pressing its case against corporate soft loaders.

Because legal protections alone have not sufficed, software makers have devised various technical mechanisms to prevent the unauthorized copying of their products. The most commonly used protection mechanisms rely on a special key code that must be entered by the user during the installation process. Typically this key code is provided along with the installation medium in each software package. Key codes do not prevent soft loading, because there is nothing to prevent the user from installing the same software on multiple machines.

The battle against online piracy is no longer the province of the software producers alone. The entertainment media industry is getting involved, due to the increasingly digital nature of their products. Under strong lobbying from Hollywood, proposed new legislation has been introduced in the U.S. Congress that would require copy-protection mechanisms to be embedded in every digital device and in all software that will be produced in the future. The new measures being advocated go even farther than the software industry wishes.

Piracy costs the software industry billions of dollars annually in lost revenues. The precise cost cannot be ascertained, because there are many economic factors that would change if the illicit copying could be stopped entirely. Soft lifting and soft loading probably account for the largest proportion of the activity, and the Internet is an increasingly important medium for exchange of “wares.”

What To Consider When Buying Deep Stainless Steel Sinks 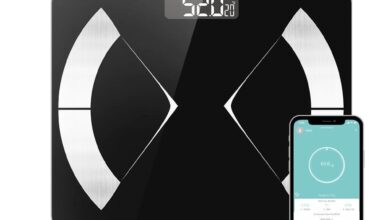 What Exactly Is the Welland digital body analyzer scale?

A Guide To Selecting The Right Mechanical Seal Parts